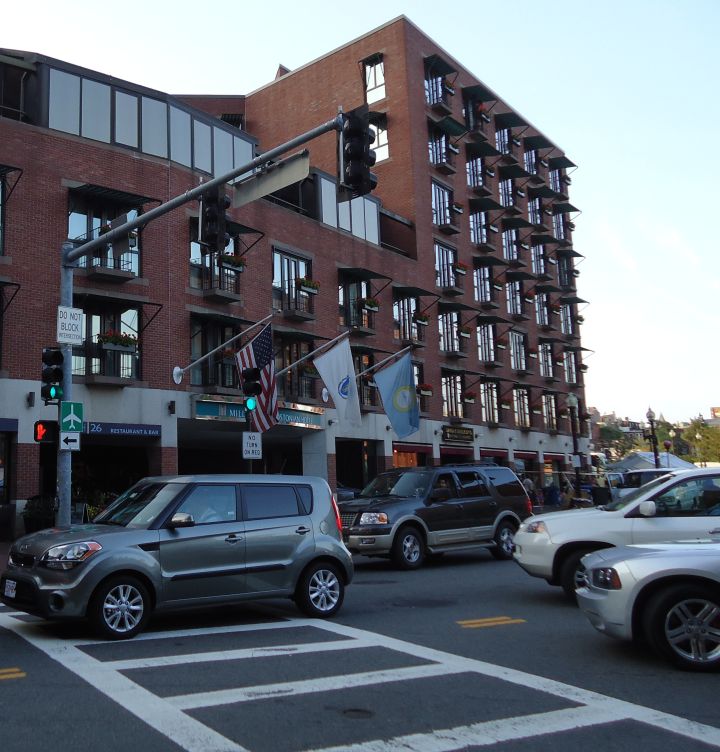 As anyone who knows me is well aware, I get confused very easily. So the other afternoon when I was using the drive-up ATM near my favorite grocery store, I somehow managed to make a wrong turn, thereby exiting the parking lot through an entrance lane. Before I could drive off, a woman in a […]

via Why Are We So Angry? — Muddling Through My Middle Age

A beautiful expression by another blogger, “Another Old Guy”, of what Mother’s Day can mean to us middle-aged people going through the normal, but challenging, transitions of this stage of life:

A tribute to my Mom, as she deals with the impending death of Dad.

Another aspect of middle age is explored by writer and blogger Joan Gage, at her blog “A Rolling Crone.” (I just love that title).

The more I see of Donald Trump, Ted Cruz, Fox News and the rest, the more I am reminded of the rise of fascism in the last century. Xenophobia is on display, with know-nothing values, corporatism, authoritarianism, etc. This is nothing new, we’ve seen it before, but it has been repackaged with modern communications and given a smoother surface. And it is scary how many of today’s leading lights of the GOP have fathers who are alleged to have been quasi-fascists: the Koch brothers, Donald Trump, Ted Cruz. For an instructive look back, here’s what Salon.com has to say: It Can Still Happen Here, which recounts the 1944 article written by then U.S. Vice President Henry Wallace, on the danger of fascists in America.

“The American fascists are most easily recognized by their deliberate perversion of truth and fact,” Wallace wrote. “Their newspapers and propaganda carefully cultivate every fissure of disunity, every crack in the common front against fascism. They use every opportunity to impugn democracy.”

In his strongest indictment of the tide of fascism, the vice-president of the United States saw rising in America, he added:

“They claim to be super-patriots, but they would destroy every liberty guaranteed by the Constitution. They demand free enterprise, but are the spokesmen for monopoly and vested interest. Their final objective toward which all their deceit is directed is to capture political power so that, using the power of the state and the power of the market simultaneously, they may keep the common man in eternal subjection.”

Sound familiar? Scared yet? I am.

Sometime after I turned forty the fathers from my childhood
began disappearing; they had heart attacks
during business dinners or while digging their shovels
into a late April snow. Some fathers began forgetting things:
their phone numbers, which neighborhoods belonged
to them, which houses. They had a shortness of breath,
the world’s air suddenly too thin, as if it came
from some other altitude. They were gone:
the fathers I had seen dissecting cars
in garages, the fathers with suits
and briefcases, the fathers who slipped down
rivers on fishing boats and the ones
who drank television and beer. Most of my friends
still had mothers but the fathers
were endangered, then extinct.
I was surprised, though I had always known
the ladies lasted longer; the fathers fooled me
with their toughness; I had been duped
by their jogging and heavy lifting, misled
by their strength when they slapped
me on the back or shook my hand. I kept imagining
I would see them again: out walking their dogs
on the roads near my childhood house,
lighting cigars on their porches, waving to me
from their canoes while I waited on shore.

I have been somewhat AWOL in recent weeks partly because I am in the process of losing my surviving parent. And I am sad. But this is a beautiful piece, so I’m sharing it.

Source: What I want you to know about losing your parent as an adult

Let me start by saying that I’m not proud of my feelings right now. But they are real and they are mine, and I’m pretty sure I’m not the only person who has felt this way. In fact, according to Hello Grief and its post on “Grieving the Difficult Relationship”, I am not. The same post notes that:

It is human to feel ambivalent. The people that we lose often had very human problems – addictions, incarceration, gambling, infidelity. These problems are real and are prevalent, yet the unwritten rule of grief is “You don’t speak ill of the dead.”

However, if you can’t speak about it, where does it go?  The body remembers everything.

So I will write. A colleague of mine has died suddenly, leaving a spouse and children.  That alone is cause for sadness. They are devastated, understandably so, and I feel so sorry for them. Here is the ambivalence: this was a powerful colleague who spent the last few years openly bullying and undermining me at work. END_OF_DOCUMENT_TOKEN_TO_BE_REPLACED

The New York Times has just blogged that Hillary Clinton is presenting herself on the campaign trail as an “unapologetic” grandmother. Since when does anyone have to apologize for being a grandparent?

As the NY Times noted, given “the lack of respect generally afforded older women in America, asserting oneself as both grandmother and candidate still feels groundbreaking.” Okay, here’s a challenge to all the press: don’t write about Hillary Clinton in a way you wouldn’t write about a male candidate: no hairstyle critiques, no wardrobe commentary, no speculation as to whether family matters might make her withdraw from the field. Oh, and please stop body-shaming legendary female athletes while you’re at it. K, thanks.

Double Fault in Article on Serena Williams and Body Image